Why some people freeze during sexual assault

Some people freeze during sexual assault instead of fighting, or running from their assailant—and they blame themselves.

There is a common perception that people will try to fight off their attacker and run away when faced with a sexual assault or rape. However, considering that most assaults or rapes are perpetrated by someone known to the assault survivor, and frequently that person is a close friend or relative, a different response that seems counter intuitive happens—they “freeze.” A survivor of sexual assault or rape doesn’t need to know their attacker to freeze instead of fight or run away, it’s a built in auto-response to overwhelming fear.

One woman describes her experience of freezing during a sexual assault this way:

“I was high and alone in a room with a guy much bigger than me and while we were hanging out he reached under my shirt and started touching me. It was sudden, I didn’t want any of it, and I remember a blank mind: feeling the sensation of what he was doing, and the inability to respond.

I was frozen for several minutes while he continued to touch me, and then I snapped out of my state to come to and leave. He watched me climb out the fire escape, certainly disappointed, perhaps confused. I didn’t at any point say “no,” so I figured that those minutes of unwanted touch were my fault.”

The term for being frozen and prevented from taking action is “tonic immobility” defined by the US National Library of Medicine as: Tonic immobility (TI) is a temporary state of motor inhibition believed to be a response to situations involving extreme fear. TI is believed to occur during sexual assault, and there have been reports of fear-induced freezing in the contexts of air, naval, and other disasters.

The woman mentioned above also describes the experience of her friend who was raped while she remained “frozen” unable to move during the assault.

“My friend Lisa (not her real name) has also experienced this type of freeze. After a long night of partying, she found herself in her roommate’s boyfriend’s room. He suddenly started sweet-talking her into sex. For her this was shocking—he was her roommate’s boyfriend, after all. She froze and felt him climb on top of her. He unzipped her pants.

She was adrenaline-fueled by this point. In her head, she was screaming at him, forcing him off, and running away. But instead, she didn’t move. She imagines her face was completely blank during all of this, like a doll. He had sex with her and she didn’t stop him, didn’t say no, didn’t “do anything.” It was over so fast, but the fallout lasted for years. She felt haunted by the experience, and blamed only herself. Her roommate also blamed her for the assault because she didn’t scream, didn’t run, didn’t fight back.”

Both of these experiences describe a type of tonic immobility “freezing” that can happen when someone is the victim of sexual assault or rape and blame themselves for their lack of action. Jim Hopper, an independent consultant and a teaching associate in psychology at Harvard Medical School says “[They might] think ‘Oh, it’s because I’m weak, because I’m stupid, because I’m a coward.’” People blame themselves because they seemingly didn’t do anything that they “should have” or “could have,” he says.

An assault survivor’s freezing instead of fighting or running away also impacts those who are close to the victim, their friends and family, and can even negatively effect the judgment of hospital staff or court officials. Understanding that the freeze response is a normal reaction to overwhelming threat of danger and fear will help survivors realize that it wasn’t their fault that they didn’t fight or run away. And, clearing up the misunderstanding around the freeze effect will help the friends and relatives of the survivor believe in the survivor’s temporary incapacity and support them with their recovery process. 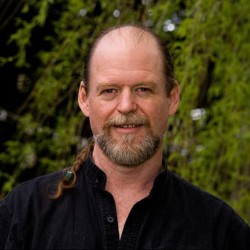 Sunyata Satchitananda
Counselor, Coach, Certified Sexual Healer at Sunyata Satchitananda
Sunyata has been a minister and spiritual counselor for 30+ years. He works with men and women, and couples to heal from emotional and sexual abuse and to achieve relationship harmony and fulfillment.

This site uses Akismet to reduce spam. Learn how your comment data is processed.